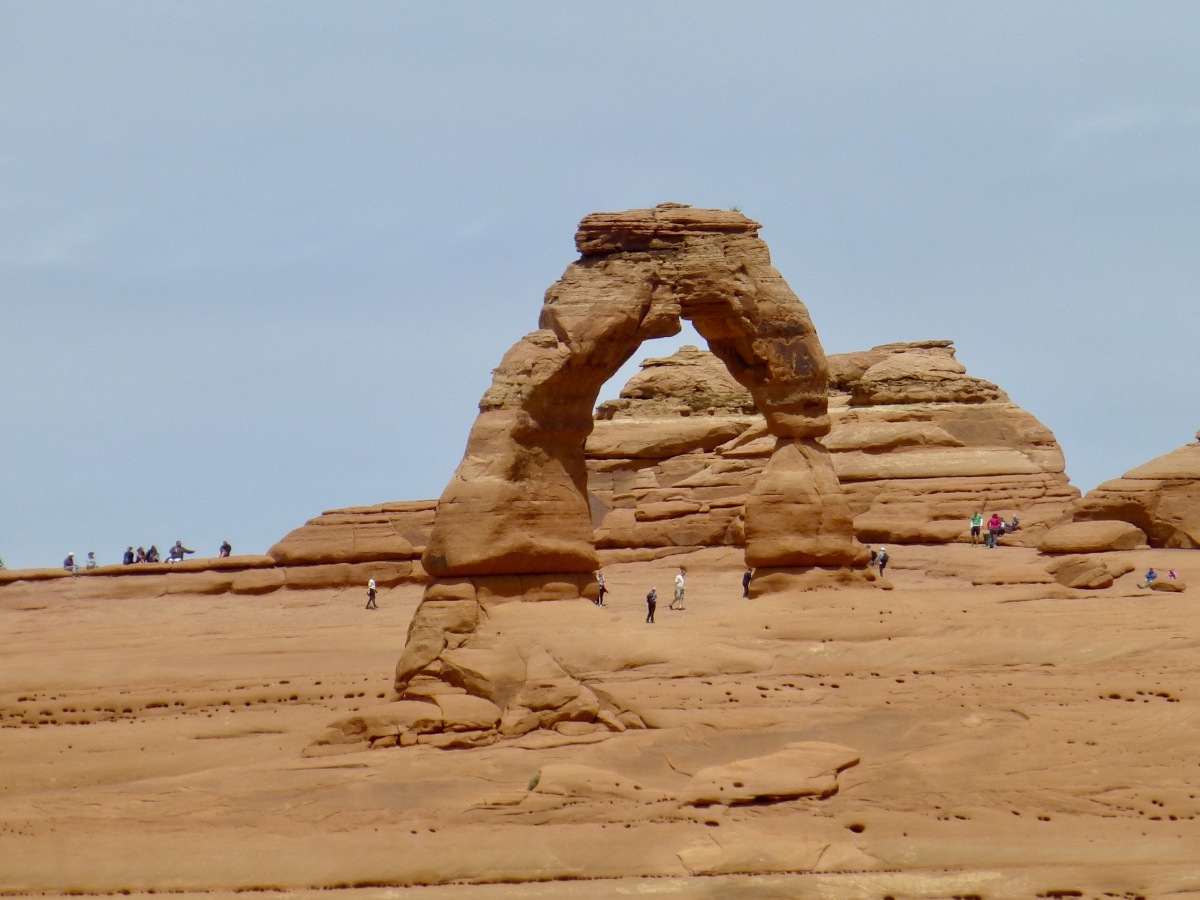 My friends Ray and Shirley had only been home a few weeks, but were getting restless to get their camper back on the road.  They invited me to tag along on a five-day excursion to explore the lovely parks located near Moab, Utah.  It has been years since we were last here.

Driving south on Utah highway 128 following the Colorado River.  A beautiful, curvy drive with wonderful vistas of the buttes ahead and lots of campsites along the river.  Unfortunately they all appear to be full.

Arriving in Arches National Park, we find Devils Garden Campground closed for construction. As no campsites are available on UT 128, we settled for a private campground just outside of Moab, it’s pretty minimal but fine for our purposes and close to Arches.

Arches National Park lies north of Moab in the state of Utah. Bordered by the Colorado River in the southeast, it’s known as the site of more than 2,000 natural sandstone arches, such as the massive, red-hued Delicate Arch in the east. Long, thin Landscape Arch stands in Devils Garden to the north. Other geological formations include Balanced Rock, towering over the desert landscape in the middle of the park. 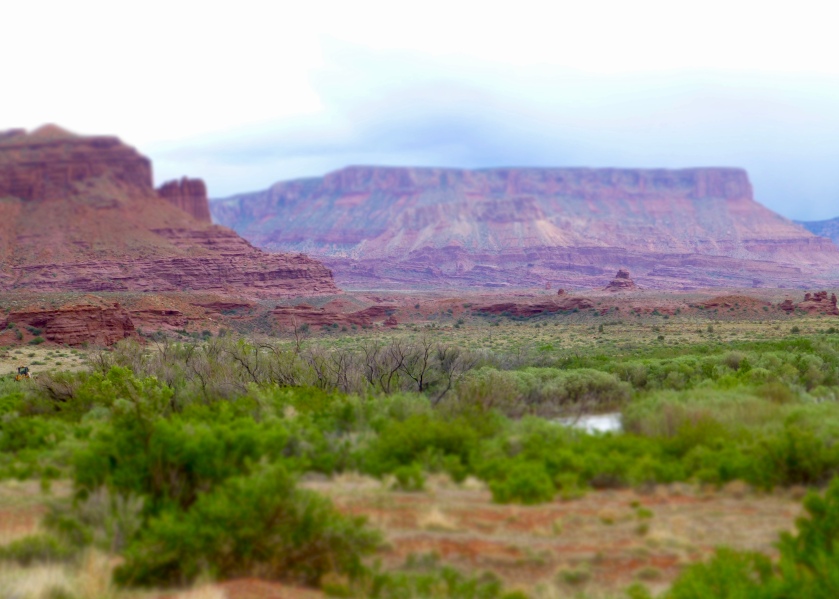 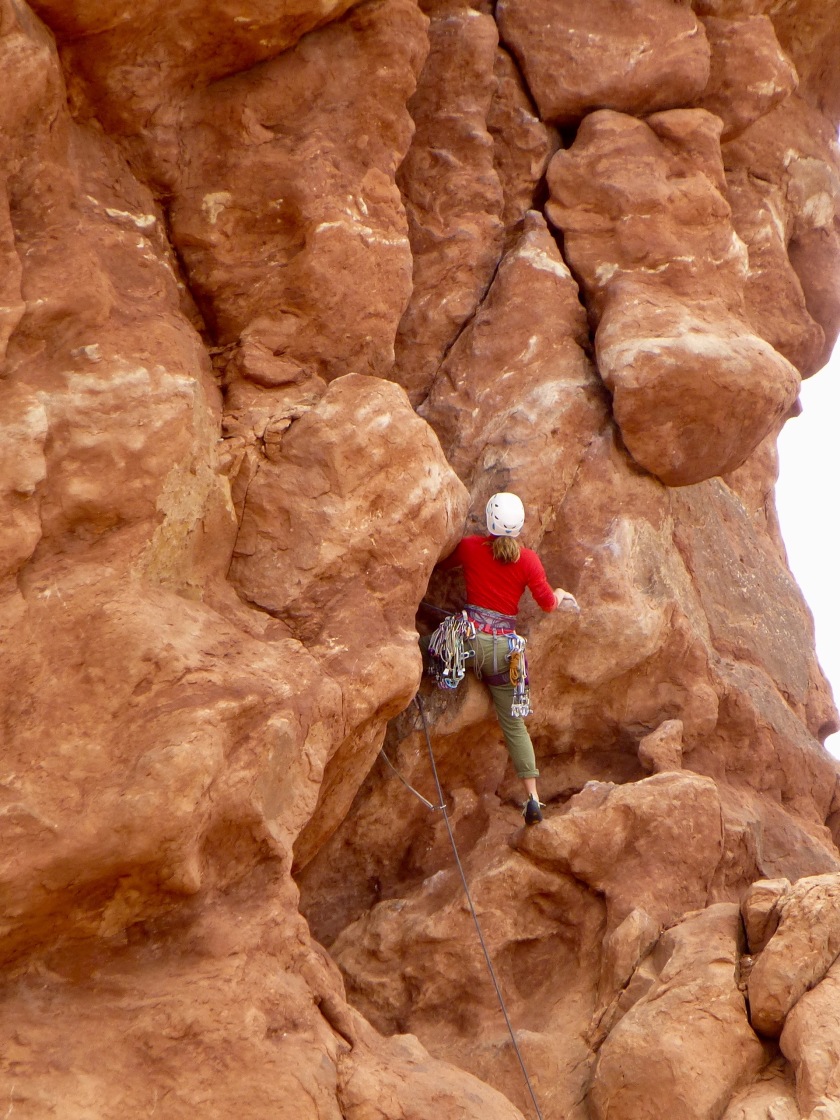 Rock climbing is a very popular activity in the park.  Here climbers scale a column near the Garden of Eden.  Scares me just to look.

There were a few shrubs and flowers blooming in the park.

Canyonlands National Park in southeastern Utah is known for its dramatic desert landscape carved by the Colorado River. Island in the Sky is a huge, flat-topped mesa with panoramic overlooks. Other notable areas include the towering rock pinnacles known as the Needles, the remote canyons of the Maze and the Native American rock paintings in Horseshoe Canyon. Whitewater rapids flow through Cataract Canyon.

Short hike to Upheaval Dome.  Recovered fragments suggest a meteorite caused the salt dome to peak on the middle of the crater.  Pretty stunning.

Dead Horse Point State Park is a state park of Utah in the United States, featuring a dramatic overlook of the Colorado River and Canyonlands National Park. The park covers 5,362 acres of high desert at an altitude of 5,900 feet, and having a posh campground with electricity, flush toilets and heated bathrooms!

The Colorado River winds through the canyon below Dead Horse Point

Heading back to Colorado, we encountered sleet, snow and hail driving over the passes, but all made it home safely.  Our next adventure with Ray and Shirley will take us to the Black Hills of South Dakota in May. 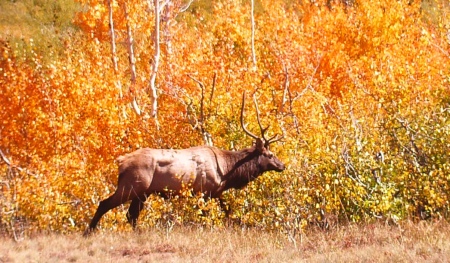 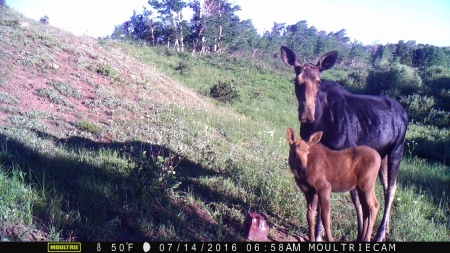 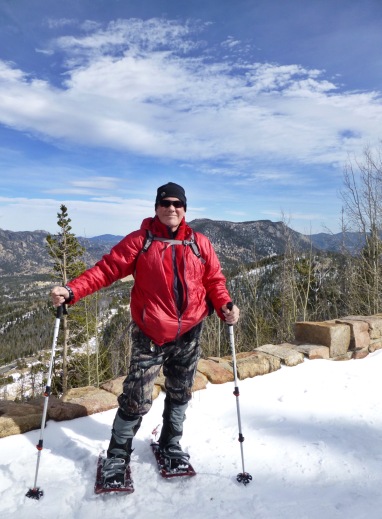 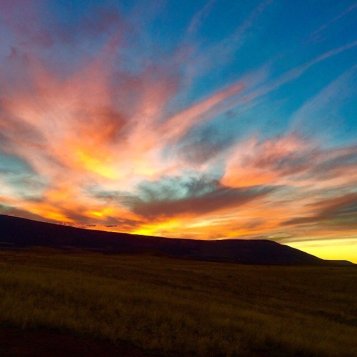 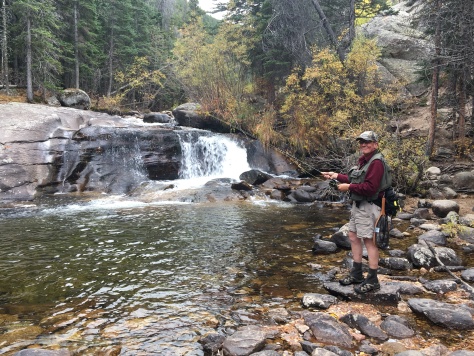