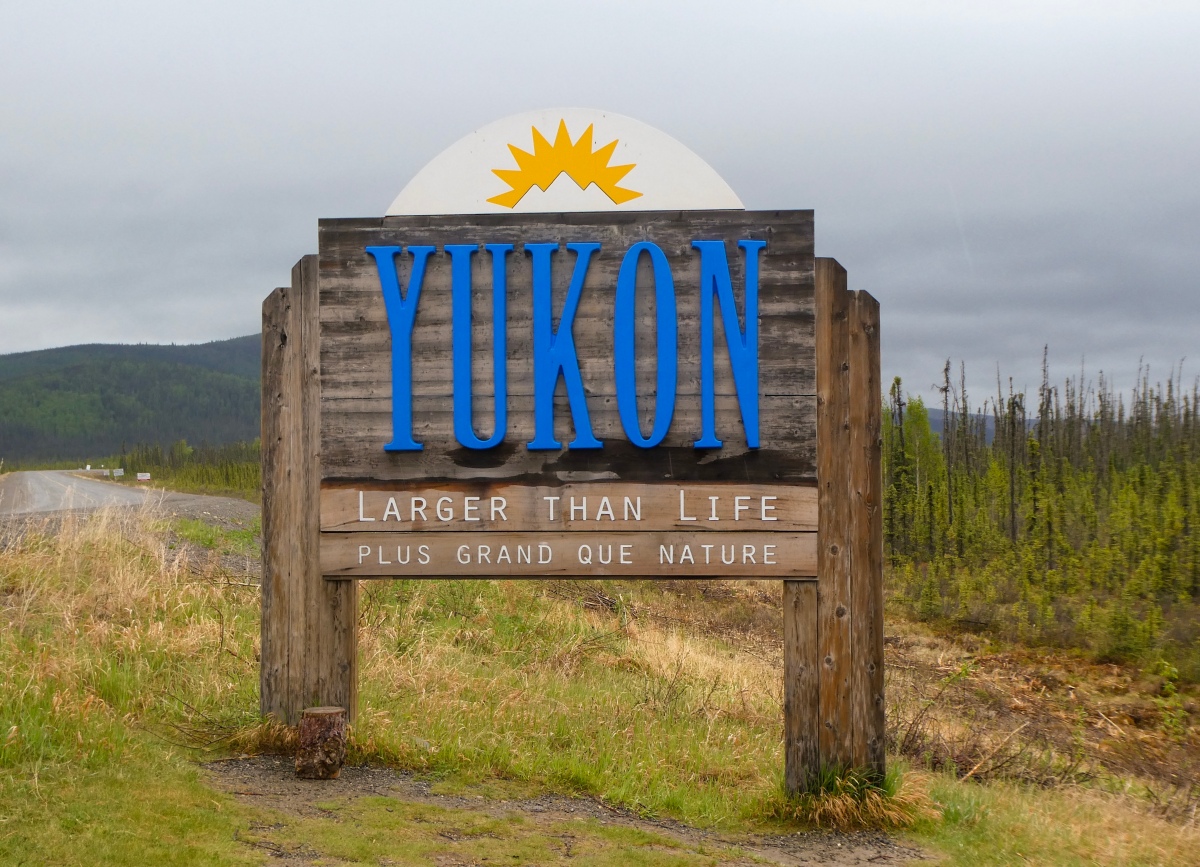 After disembarking from the Alaska Ferry and securing our campsite, we walked 50 yards to the Lighthouse Restaurant, where we met our wonderful waitress, Tiffany. This funny young lady recommended our best two meals thus far: A smoked salmon hoagie one night and incredibly wonderful salmon fish and chips washed down with an Alaska Brewing Company Amber Beer the next.

Haines is the “other” southeast town besides Skagway, having a connection to the road system. All other towns are serviced by ferry. Haines does limit cruise ships to a couple per week, so it’s much less cheesy than Ketchikan or Skagway.

Breakfasting at the Rusty Compass Café, Lee Robinson (son of Shirley’s friend Didi Robinson) served up one of the best caramel rolls we have ever eaten. Thick gooey caramel sauce, savory bread dough and a touch of cinnamon. After visiting a few museums and gift shops in town and purchasing my Alaska Fishing License (more on this later) we headed out of town to explore two nearby state parks Chilkoot and Chilkat, in opposite directions.

On the way to Chilkat we stopped at the Haines Packing Company (in operation since 1917), hoping to find local smoked salmon. To Ray and Shirley’s surprise, the woman helping us turned out to be Hawaiian from the big Island. What a sweetheart! Jolene taught us which salmon was the tastiest, fattiest and yummiest (King and Coho). We bought frozen King Salmon steaks for later grilling (we are too early for fresh salmon as the runs are typically June-September), Smoked Coho fillets and jarred Sockeye for gifts (we will see if any makes it home).

After exploring Chilkat State Park, we opted for a scenic dinner on the River.

Driving back through Haines we stayed at Chillkoot Lake State Park in campsites overlooking Chilkoot Lake. So far, Alaska campgrounds have not been crowded at all.

On our way north, we stopped at the Jilkaat Kwan Heritage Center (A Tlingit native culture center). A nice young Tlingit woman gave us an informal tour and shared native methods for processing traditional foods such as hooligan fish (similar to smelt), jarred moose meat, soapberry and seal oil. When attending college in Oregon, her family regularly sent her “care packages” of moose and seal oil. She likes seal oil on her potatoes!!

40 miles North of Haines, we crossed the border into the Canadian Province of Yukon Territory. We swiftly climbed above tree line into tundra and crossed Chilkat Pass.

A short hike to Million Dollar Falls on the Tokhanne River

The country here is unlike anything we have seen – Muskeg (soggy, springy, like a trampoline) bogs with a permafrost layer a few feet below the surface), stunted black spruce trees, 10-15 feet high, but looking in the photo like tiny plants

Tonight we camped at Discovery Yukon Lodgings, in Beaver Creek, Yukon Territory (YT). The showers cost $1 Canadian (a”Loonie”, as it has a picture of a loon bird on each coin). I had the cheapest shower – one loonie (1.5 minutes) where the others used three (6 minutes). I have found a compensation to having no hair!

After 200 lovely, friendly miles in the Yukon Territory we crossed the border back into Alaska near Beaver Creek YT

Passing through Tok, Alaska, we stopped at Donnelly Creek Campground for the night after picking up dinner from a Thai food truck. Tasty! Interestingly, Thai food can be found across Alaska and the Yukon – a culinary favorite!!

Worked at Agilent Technologies and Hewlett-Packard, attended University of Washington and Michigan State University, lived in the Netherlands, the Peoples Republic of China and the United States, visited 36 countries, 11 of 13 Canadian Provinces and all 50 U.S. states, living in Fort Collins, CO, USA View all posts by David Willett

2 thoughts on “The Alaska Highway: From Haines to Tok 🦅”